But you could choose which to listen to…

Take the opportunity today to listen to your inner voice.

Who is it that you’re arguing with?

“For most people there are no inner voices spurring them on with encouragement. ” – Richard Bandler

PS: To buy a copy of “How to Change Your Life One Day at a Time” go here: GET YOURS HERE

PPS: Get it from me using the top item in that link and I’ll sign it and send it myself. 🙂

Excellent summary of a classic self help (business) book:
But it’s equally useful to apply to every part of your life.
Enjoy
Stu
🙂 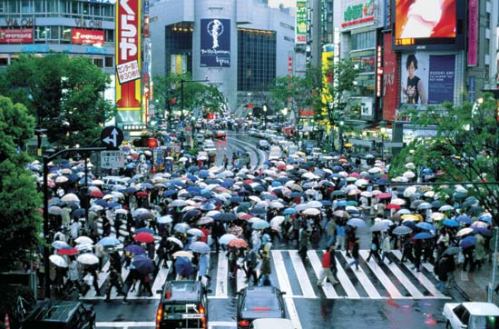 There’s a lot of hoo hah at the moment about Brexit. What it means, what will happen if we stay or leave. Yada yada. The argument on the leave side has diseminated into an anti immigrant issue. They are not like us, we are afraid our culture will change, they will steal my job, they will put too heavy a burden on our resources, etc. etc.

In my opinion most people are good. They will give you the time of day or directions if you are lost. No matter where they come from. Most people will return your call of “Good morning” with a smile, and if they saw you fall over would help you back on your feet. People are good.

But why? The human species is a communal one, we like to congregate in groups. On an evolutionary basis it was a matter of survival, safety in numbers and all that. Being evicted from the group meant almost certain death. So you better be a valuable member of the group, right?

Trouble is, the group size is waaaaayy bigger than our psychology can handle. Evolution allowed us to congregate in groups of 20, 30, 60 and more. When we started creating localised communities those groups grew to 100, 130, 150 and more. Studies have shown that the optimal size of a human group is approx. 150. So what happens when the group grows to one million? 10 million?

There is no avoiding it, if you live in a community with other people you will align yourself with certain groups that hold the same values, opinions or desires as you. In fact you will align yourself to multiple groups. Whether you are vegetarian, conservative, eco warrior, Arsenal fan, middle class, Catholic, British or even GoT addict. We define ourselves by the groups we belong to.

How then do we relate to the other people in the wider group?

That is the next big challenge for all societies everywhere. With an ever growing global population and more people than ever living in cities, the groups are becoming massive – as I write this Tokyo has almost 38 million people!

We have to learn a whole new way of existing in such monumental groups. Our primate brain has an enormous amount of further evolution to catchup with our ability to congregate in such numbers. One thing I know for sure is that we need to solve this problem together. Diplomacy may be the great breakthrough of this century and those to come. True, honest diplomacy. Ways of living together where there is equal opportunity, equal access to resources and a fairer distribution of wealth. Separation makes diplomacy harder. When we stick together diplomacy becomes an absolute, it forces us to find ways to live together.

In the 1st world the rich and powerful have the game stacked in their favour. The rest of society get to live off the crumbs from their table. But when the table is so abundant, even the crumbs give the impression that all is well and good. Sometimes the crumb collectors even get to see the rules of the game and are able to elevate themselves to bone fide seats alongside the elite. The game of tax avoidance, tax breaks, being too big to fail, having the wealth to lobby for new laws or legislation that act in your favour actively enable the divide.

That has to change if we are to create a fairer world where everybody has a decent standard of living. That doesn’t stop those that want more from getting more. Just not at the expense of others. Create value and you are rewarded.

Tagged as Brexit, GoT, tribes